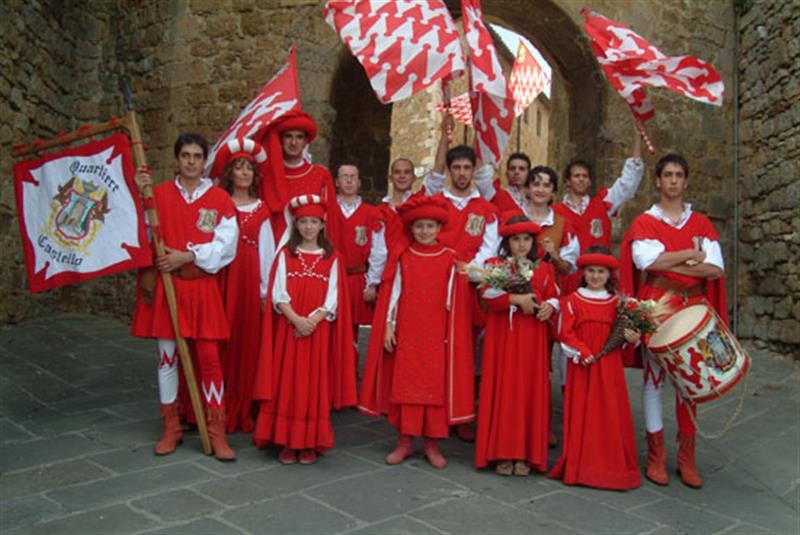 In San Quirico d’Orcia (Siena) in the third weekend of June, to commemorate the most important epochal event in the local history, the Barbarossa Festival is held. A dip in the Year 1155, when the most powerful and feared man of the time, Frederick I of Swabia, Barbarossa, reached this strip of land to obtain the coronation of emperor, seeking and finding the agreement with the Church of Rome, arising from rendezvous with the papal messengers of his Holiness Adrian IV. This historical fact, which since 1962, is re-evoked within the medieval walls of San Quirico. Two days of folklore, tradition, entertainment and the flavors of good Valencian cuisine exalted in the heart of the Sanquirichese quarters.