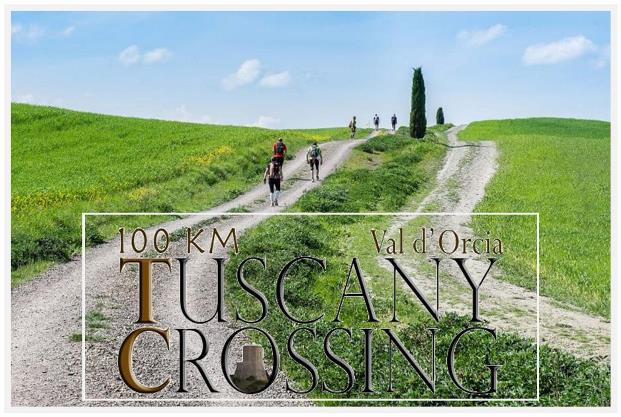 The organizers in designing the route have thought of the journey of travelers and pilgrims who have crossed this land on foot for centuries and to the “Dream”, because running here, in these lands, will be like being one of their “travelers of a time that was “A daydream. The streets that cross it are the great roads that, in Roman times, united Rome to the Oltralpe, the Romea, the Cassia, the Francigena crossed by Sigerico Archbishop of Canterbury and by many illustrious wanderers and warriors, witness the fortifications, the castles , the medieval parish churches still present on the territory.

The ultra … 100 km long dream will start at 5.15 am on April 21st 2018 through woods, fords, vineyards, dirt roads, cross the river Orcia, reach the ancient thermal center of Bagno Vignoni with its square of water, then will ascend to Pienza (the ideal city of Pope Pius II) through the land of “wind and desert”, the cradle of a peasant civilization never tamed, the green the red and the yellow of the wheat fields, after 27 km will cross San Quirico D ‘Orcia will arrive in Montalcino at the 50th km, then via the famous Romanesque abbey of Sant’Antimo, Castelnuovo Abate, then the long climb to the Amiatino side up to 1100 meters of the enchanted wood of the Vivo d’Orcia with its fresh springs, then it goes down in the valley passing through Campiglia d’Orcia until the final stretch to go up again and conquer the Rocca with a well deserved goal.

And the dream? At some point you just have to wake up, the competitors will have a maximum time of 24 hours to live, suffer, dream and then … .ore and glory to those who have completed this wonderful journey!